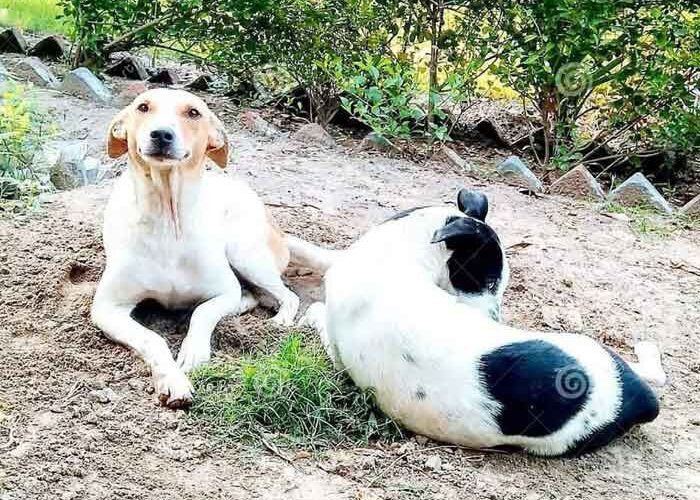 The Cretan Hound is both gentle and aristocratic and, at the same time, fierce in the pursuit of its prey. It is an easy-going dog that comes into its own in a chase. It makes for a docile, well-mannered pet. Nevertheless, this athletic breed of dog should be nurtured only where there is a lot of space so that it has room to expand its abundant store of energy.

This is a purebred dog reared initially for coursing. It originated on the island of Crete in Greece and is mentioned in ancient Greek documents. Its ancestor is likely to have come to Crete from Africa and mingled with the local breeds there. In Greek, it is called Kritikos Lagonikos. This is one of the oldest hunting breeds in Europe.

It is a dog that uses both sight and scent to hunt. It was bred extensively during the Minoan civilization that thrived roughly from 3000 BC to 1100 BC. Because Crete’s island was cut off from other places, these dogs did not come in contact with other breeds for a long time.

Additionally, they were guarded carefully by the Cretans, who mostly kept them pure, and it is believed that the hound today looks more or less like it did in the early days. The dog was gradually exported to other parts of Greece and later to Europe, and one will find breeds in these places that have evolved from the Cretan Hound. It is, however, said that the purebreds are mainly found in Crete.

It is a medium to a large-sized dog that appears to be lean, muscular, athletic, and good-natured with a strong sense of smell and tracking ability. It is agile, athletic, can run at high speeds in rough terrains, and hunt the most nimble-footed creatures with the aid of both its pace and impeccable sense of smell. At the same time, a docile, affectionate, homely dog enjoys engaging with other dogs and people. It can be nurtured both for the purpose of hunting and to be kept as a house dog.

The average price of a Cretan Hound is around 800 dollars.

This is a slender dog that is longer than it is tall. It has a longish, wedge-shaped head; almond-shaped eyes; a lean, stretched muzzle; a dark nose; ears that stand straight, are broad at the base and taper upwards; a robust chest and thin muscular legs. One of its most interesting features is its tail curled upwards and falls towards its head in a ring. The hair that is longer at the tail’s base makes it look brush-like.

It is a swift hunting dog. Its ears fold backward in a chase, and it becomes still and rigid before it begins the chase.

The Cretan Hound is a clean, tolerant, and easy-going dog. It also mingles willingly with other dogs. But because it is essentially a hunting dog, it tends to get naughty with small and strange animals, especially cats. It will be an absolute disaster to have it cohabit with hares. It also tends to chase cars, and so when in public, it is best to keep it on a leash.

This is a dog that especially needs to be socialized. However, keeping in mind its intelligence and its propensity to be stubborn, it needs to be trained with patience and firmness. With positive reinforcements and the right handling, it learns well and is eager to please.

It is not a particularly sensitive dog because it will not be in tune with the owner’s emotions, and it can be lightly reprimanded to get it to learn. It barks on rare occasions, like in cases when it needs to alert family members about approaching strangers. Hence it makes for a good watchdog. It is more reserved than friendly. Nevertheless, it should not be left to itself for a significant length of time.

Given its high level of energy, this dog needs moving space, and it needs to be kept busy and on the move. A schedule involving both walking and running will keep it in good health. A family involved in a lot of outdoor activity and physical games will be a family that might be ideally suited for this breed.

It is an excellent dog to have around children and is, in general, a loyal and fun companion for an individual or family.

About four cups of dry dog food are adequate to feed a Cretan Hound. The quantity will vary depending on the age, sex, and the individual constitution of the given dog.

GroomingIt is an overall low maintenance breed. It does not require too much grooming, just the regular brushing, cleaning, and flea treatment. What it needs to remain healthy and in good spirits is a lot of exercises and mental stimulation.